The 250km journey from Phnom Penh to Sihanoukville by bus took (again) two hours longer than the estimated four hours. This time the delay wasn't caused by worn V-belts. Actually, the causative problem couldn't be identified. It took a good hour to get out of Phnom Penh and the highway to the coast is just a simple two-lane road that is hopelessly overburdened. Again, the maximum speed was rarely over 50km/h.
As on our way to the capital, the street scene was affected by the disastrous economically situation of the country. Everyone seems to own a smartphone, but beyond that, the living conditions are sometimes very primitive, the dust that was raised by the roadside is omnipresent. Working hours are cheap, in the huge halls behind Phom Penh the women are sewing for Kik and H & M, men are constantly staring at their cell phones, sitting on a plastic chair at a petrol station
and occasionally filling up a car, other men are sitting in front of a hotel, occasionally helping someone to reverse out of a parking space. And yet others are sitting on an empty construction site and do nothing more than prevent any thefts with their presence.
As expected, the city of Sihanoukville was not worth seeing. An up-and-coming tourist town in which the construction boom is raging. Apparently the Chinese investors have bought up the coast completely.
The Lonely Planet travel guide has lead us to Otres Beach, "a seemingly endless, lonely beach full of casuarines (tree or shrub with feathery branches, note ed.), Which can easily compete with the beaches of southern Thailand" , Well at least, from now on we know that we will definitely never go on holiday in southern Thailand. Sure, the beach bars and restaurants are not even ten feet away from the rippling water. But when you look at the tourists' faces, they somehow look stubborn, presumably because they are busy fading out the garbage mountains to the right and left and the construction sites in the back.
We are glad that we have already seen many beautiful and actually deserted beaches in Australia and that we only have a stopove here and that we won't spend our annual holiday here. 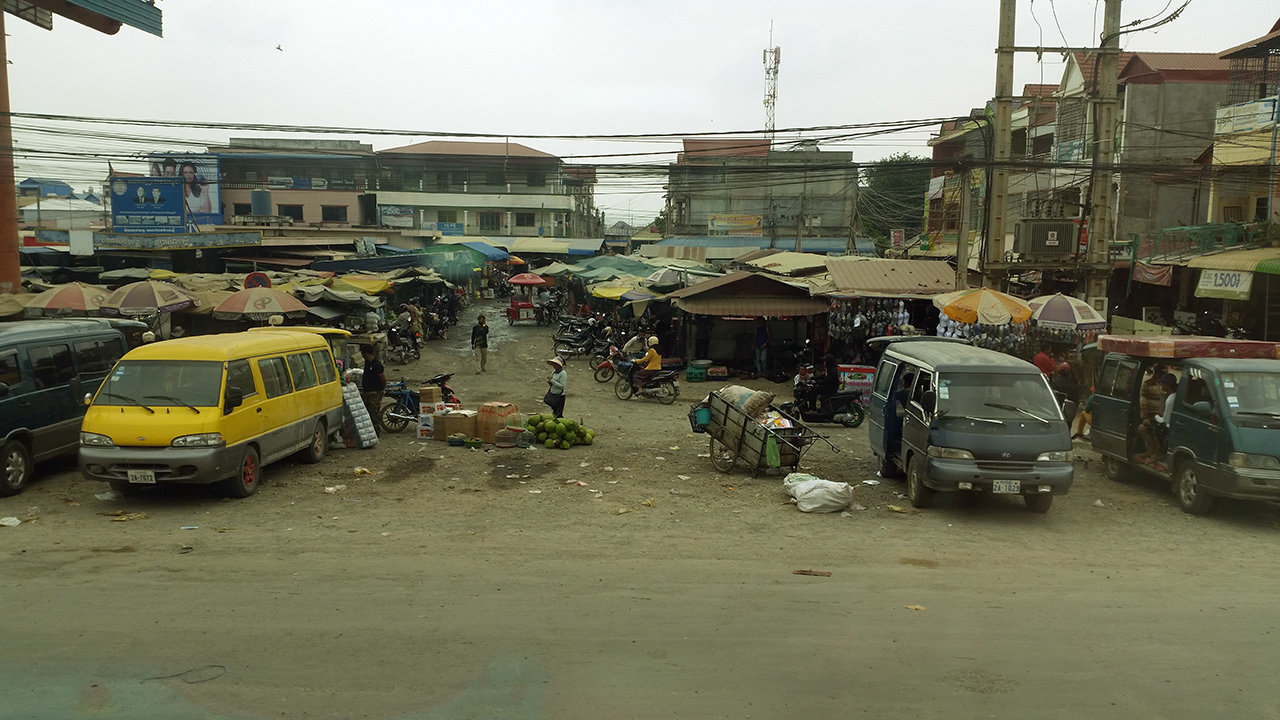 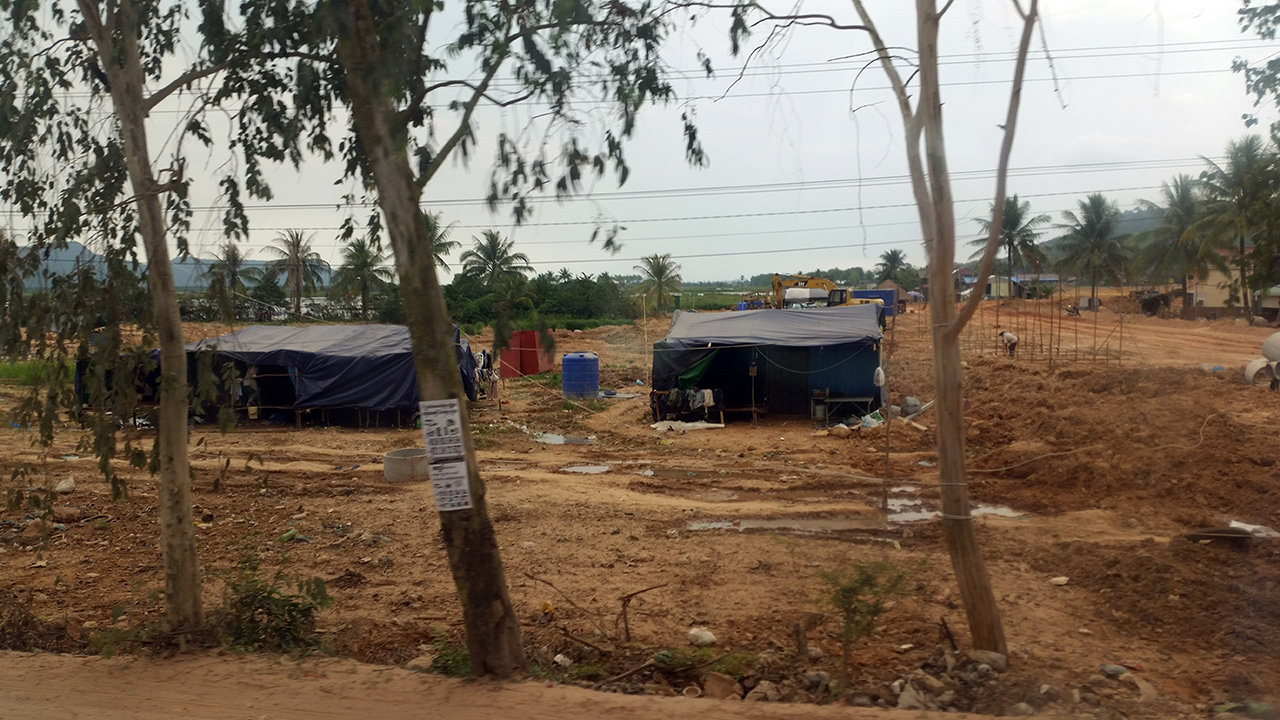 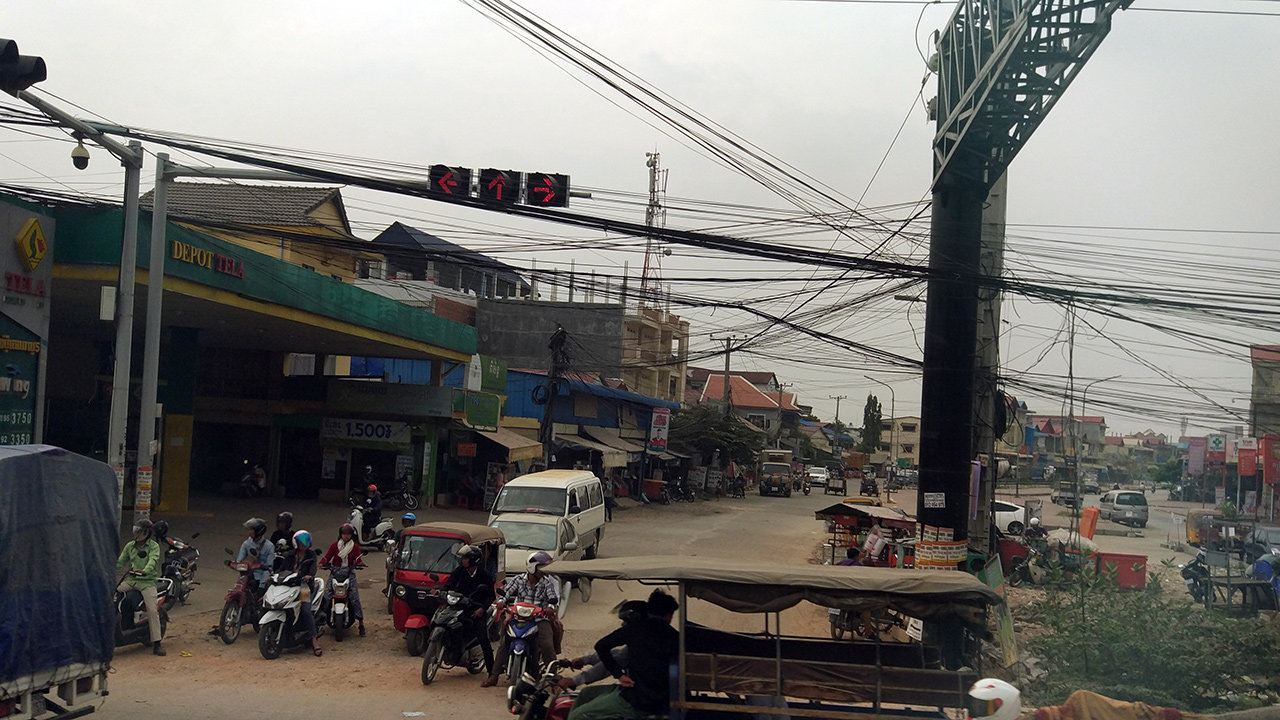 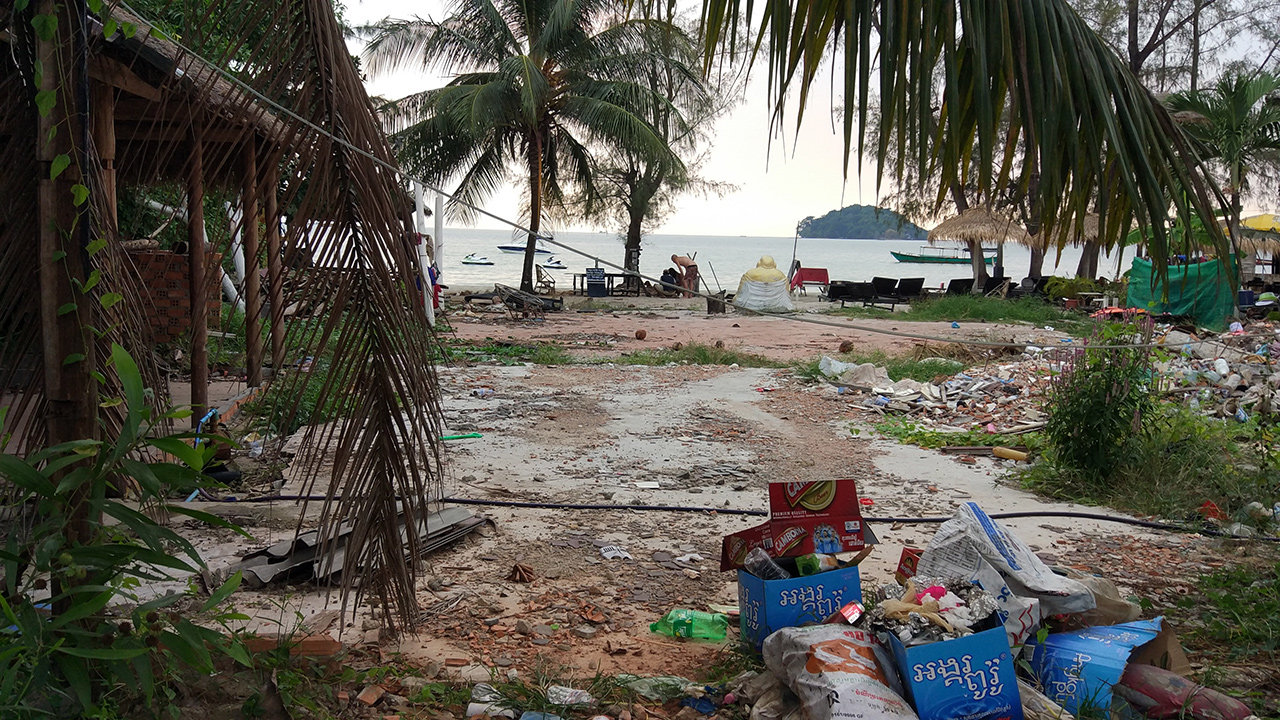 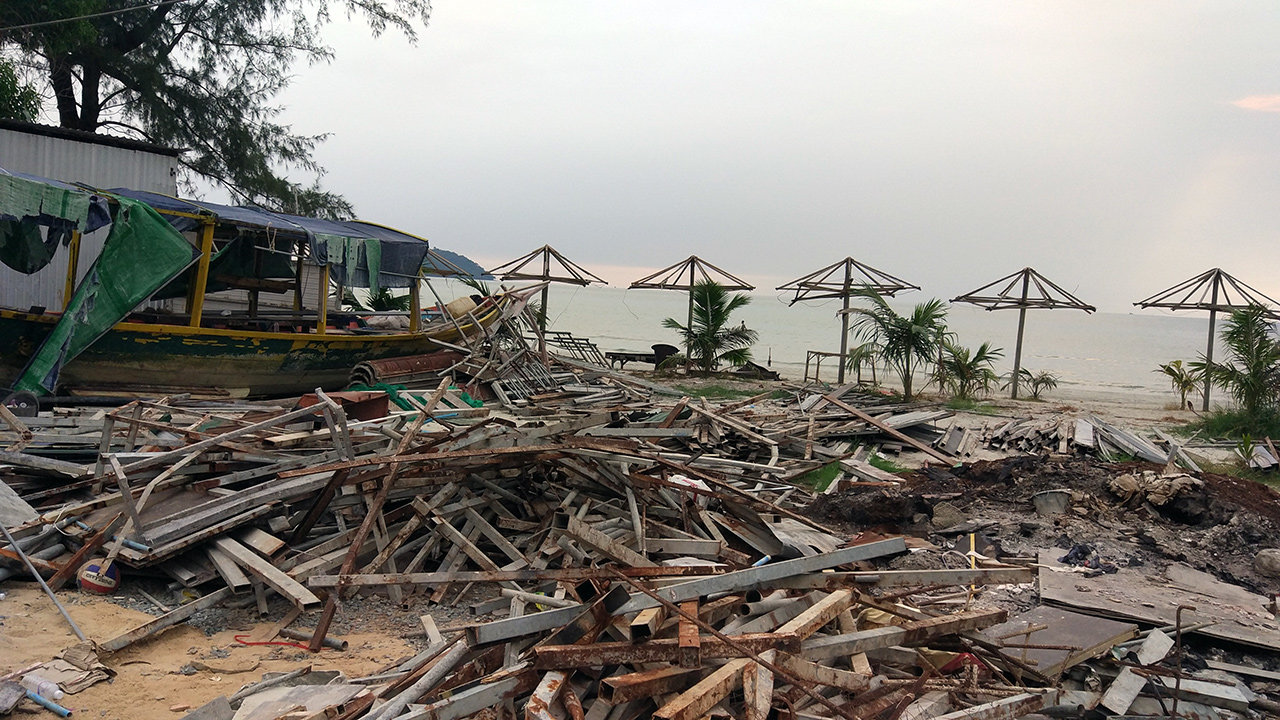 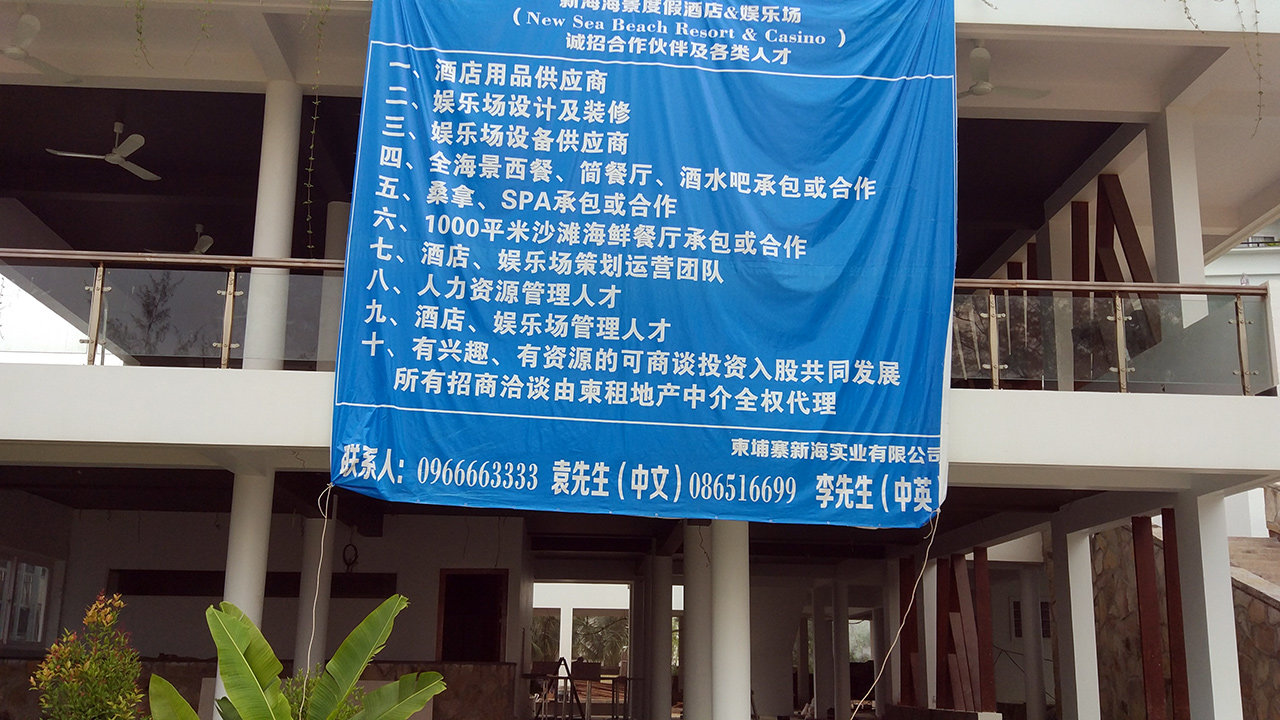 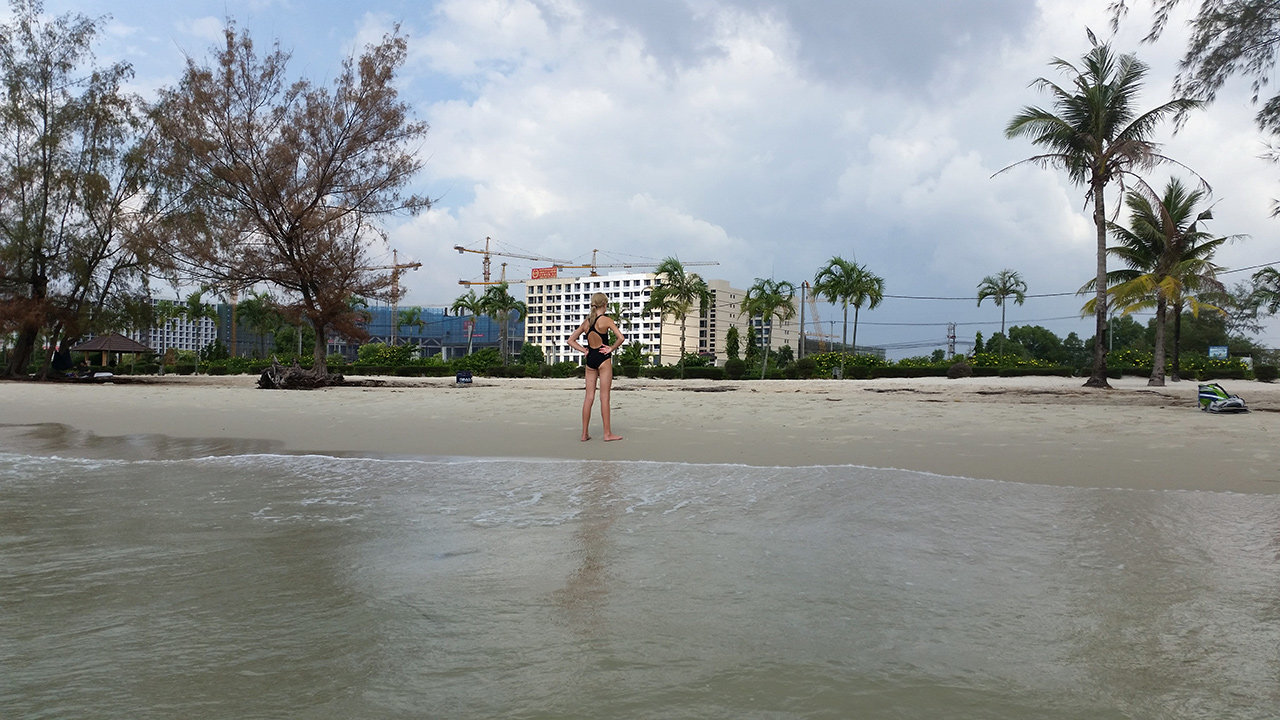 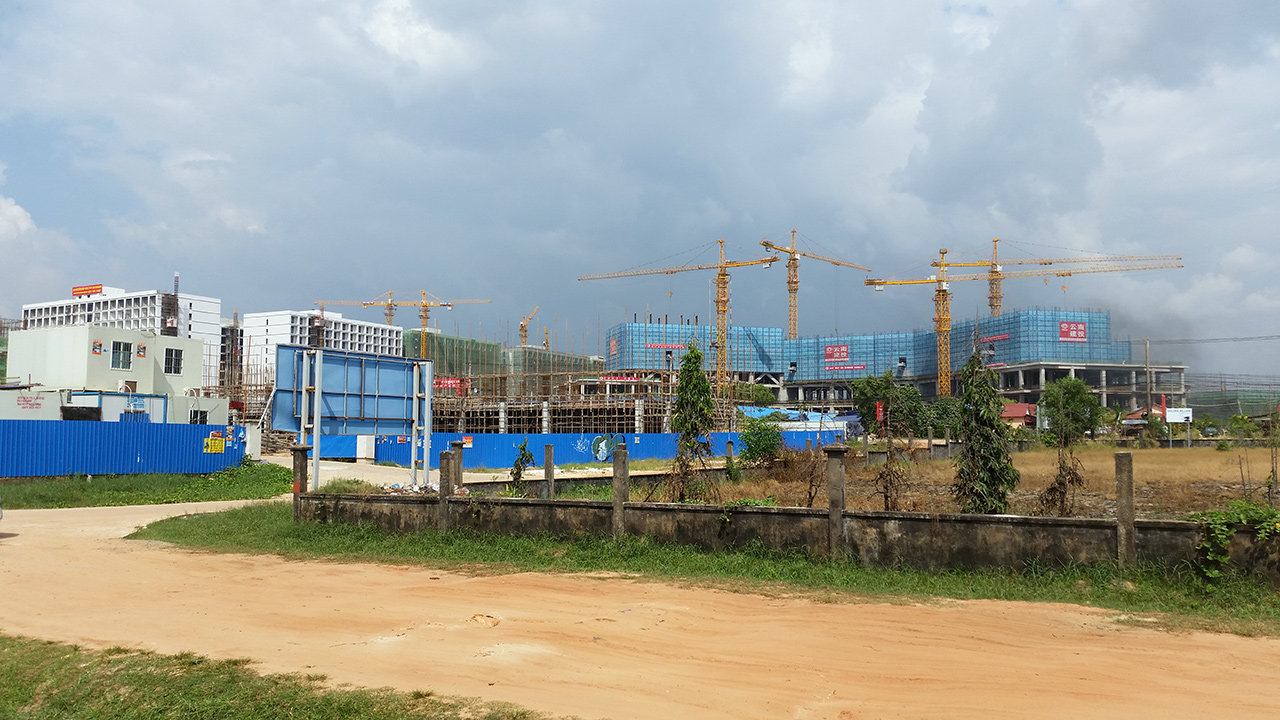